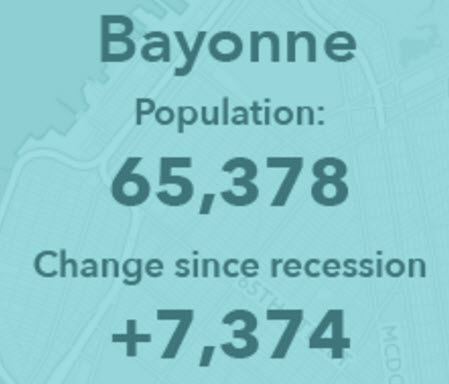 New Jersey is in the midst of a dramatic population shift, the inverse of the outward sprawl that has dominated the state for the last several decades.

The large population swings mean parts of the state are seeing dramatic growth not seen in more than 20 years. Today, we take a look at what towns are seeing the starkest positive gains.

While there are some familiar cameos from towns on our list last year, the new data show significant population movement in other parts of the state, some that have upended municipal demographics entirely.

While Jersey City and Hoboken have gotten the lion’s share of headlines, Bayonne has quietly been growing at a rapid pace.