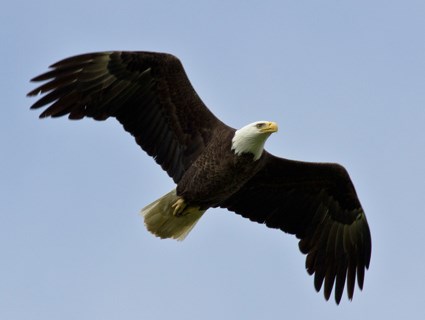 via CBS New York – A soaring symbol of freedom was spotted in an unexpected place.

When Diane Macchia tried pulling into her driveway, she couldn’t believe what was blocking her way.

“This is the first time I ever saw an eagle,” she told Borg.

The bald eagle, our national symbol, was not budging.

“I had to do a double-take, because I was shocked to see an eagle land in Bayonne,” her husband, Nick, said.

Just minutes before, neighbor David La Pelusa snapped photos of the eagle around the corner on Ninth Street and Avenue A.

“In the middle of the intersection, a beautiful bald eagle just dropped down,” he said. “I said to my coworker, ‘Did you see that?’”